Lott’s work CHASM (a World Premiere) is a new solo created for WCD apprentice Brett Owen that seeks to take you back to the vulnerability of those first movements toward intimacy. Lott’s other work on the program is the remount CENTRE OF GRAVITY a duet performed by WCD dancers Brianna Ferguson and Jasmine Allard.

Johanna Riley’s (De)face Me, is an exploration of complex dynamics within an intimate relationship, of the shift between tenderness, aggression, carelessness, and connection. This duet is another World Premiere and features WCD dancers Sam Penner and Warren McClelland.

The two Manitoba premieres are new solo works by choreographer Helen Husak,  and both oriented toward the darkness and beauty of humanity, one focusing on the performer’s psychological environment and the other zeroing in on our natural surroundings. MISE EN ABYME, created with performer Kate Stashko, takes inspiration from eastern European nesting dolls and the work of M.C. Escher to explore ideas of infinity, femininity and confinement. STASIS, a collaborative exchange between installation artist Peter von Tiesenhausen and performer Helen Husak, inhabits the power and vulnerability of the wild, where vast spaces continuously become smaller and smaller microcosms of themselves.

Dance Artist Helen Husak is a B.A. graduate from the University of Calgary (2003), and choreographer with a primary focus on solo works. Husak has participated in residencies at Dancers’ Studio West, Banff Centre, Le Groupe Dance Lab, La B.A.R.N, Centre Q, Ottawa Dance Directive and Mile Zero. She has performed her work in local and national festivals and is recipient of the Lieutenant Governor of Alberta Emerging Artist Award (2010).

Kate Stashko is a dance artist and writer based in Edmonton. She graduated from The School of Toronto Dance Theatre, and has trained and performed work across Canada and Europe. Stashko is an artist with the Good Women Dance Collective and teaches in various capacities as well as being a certified Pilates instructor and writer for two Canadian dance magazines. 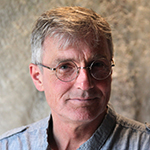 Artist Peter von Tiesenhausen’s multidisciplinary practice includes painting, sculpture, drawing, installation, printmaking, event , video and performance. He has exhibited widely in Canada, Europe, the United States and Mexico with over 50 solo exhibitions and many more group shows. His claim of copyright on his land as an artwork has been successful for almost 20 years in protecting that land from multinational incursion. He was the driving force for the construction of a LEED platinum comparable community centre in Demmitt, Alberta in 2011. He has led residencies and mentorships both at home and abroad and has lectured across North America. Recently Peter was the recipient of a Lieutenant Governor of Alberta Distinguished Artist Award for 2015.