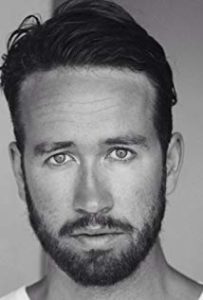 Kit Weyman is a recognized Toronto actor, writer, and director. Growing up in front of the camera on various lead and supporting roles in film and television, Kit was able to harness his deep love of storytelling into a burgeoning career as a director. His debut short film “Ways to Water” has been featured in the 2017 Coup de Couer at the Cannes Short Film Corner, and screened at the Canadian Film Fest. The exploration of the human relationship to water – metaphorically, scientifically, and socially – has been a constant theme within his work. Kit is also known within Toronto’s music community, coming up in the hip hop and music scene. Fusing the two worlds, he started directing music videos and creating visuals in 2012 and has since made a name for himself as a creative force in the city. He attended the Etobicoke School of the Arts, Ryerson Theatre school, as well as York University for creative writing and screenplays.

Born in Penticton BC, Allison Brooks is a Winnipeg-based dance artist. She has worked with Stephanie Ballard, Odette Heyn, Roger Sinha, Constance Cooke, Brent Lott, Meagan O’Shea, and Jason Martin. She is a member of GPS collective for their performance tour to Leon Mexico. Allison is currently working with Sam Penner and Alexandra Winters in research and creation for an upcoming project that premiers this fall. In addition to her dance practice, she is also a Pilates instructor at Core Centric under the direction of Leslie Crozier. Allison is a 2017 graduate of the School of Contemporary Dancers.

Emma Dal Monte is a recent graduate of the Professional Program of the School of Contemporary Dancers. She has had the privilege of performing works by several artists including; Harold Rheaume, Sharon Moore, Jennifer Mascall, Constance Cooke and Susie Burpee. She recently danced with Sinha Danse for the CINARS Festival, was a co producer of Bloom II 2018, performed in the 2018 Dancing On The Edge festival with Mascall Dance, and has been a cast member of WCD’s Verge for the past two years. She worked with Alexandra Winters on a new creation in February, and is working with Harold Rheaume on a new creation debuting in May.

markiatsu (Mark Dela Cruz) is a freelance professional contemporary dance artist. He’s earned a Bachelor’s Honors Degree in Contemporary Dance from the University of Winnipeg in affiliation with the Senior Professional Program of Winnipeg’s School of Contemporary Dancers. Recently, Mark was in Montreal working with Roger Sinha to present in the CINARS Biennial. His upcoming projects include a presentation of his work in Urban Dance Choreography set on Indigenous Youth from Pikangikum First Nation, and Wasagamack First Nation at the Sony Center for the Performing Arts in Toronto, and later this fall, working with Christina Medina in Austria.